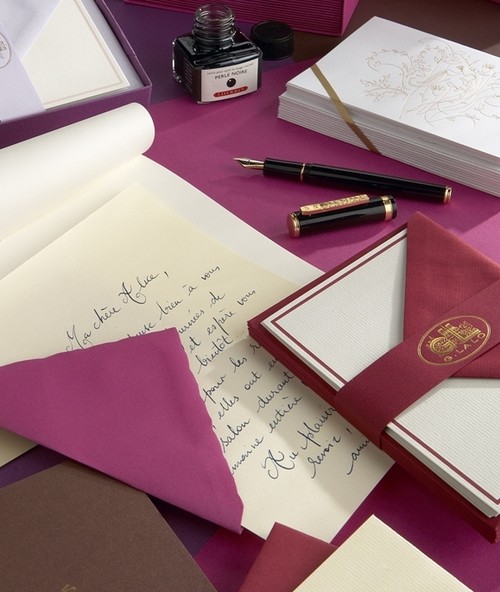 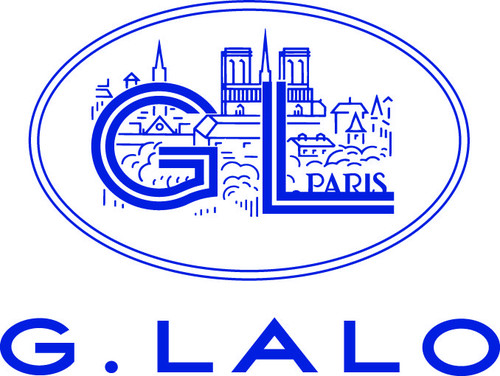 G.Lalo has been making stationery since 1920.Throughout the years, the quality and elegance of its products led it to be ‘de rigueur’ in most of the royal courts of Europe.

When pleasure or etiquette require the best in matters of correspondence, invitation, or simply, writing, people turn to Lalo papers.

Georges Lalo came to Paris as a youth around the turn of the century. He worked hard, and attended drawing and sketching classes at night.

During World War I, he decided he wanted he wanted to found his own company. Shortly after he was discharged by the military, he rented a modest studio and bought second-hand stamping machinery. G. Lalo was founded in Paris and has remained there ever since.

G.Lalo has remained at its heart a small, personal stationery maker. It has kept its French identity and style over the years. The gilded stationery is still prepared one sheet or card at a time. One person stamps the gold by hand using an ancient machine. It takes a long time, but the result is beautiful.

The foundation of the company in the heart of Paris was important to Georges Lalo. Paris is the city of fashion, and the starting place for many trends and styles.

G.Lalo was situated close to luxury Parisian stationers and department stores. They were among the core of his earliest clients, and remain so to this day.