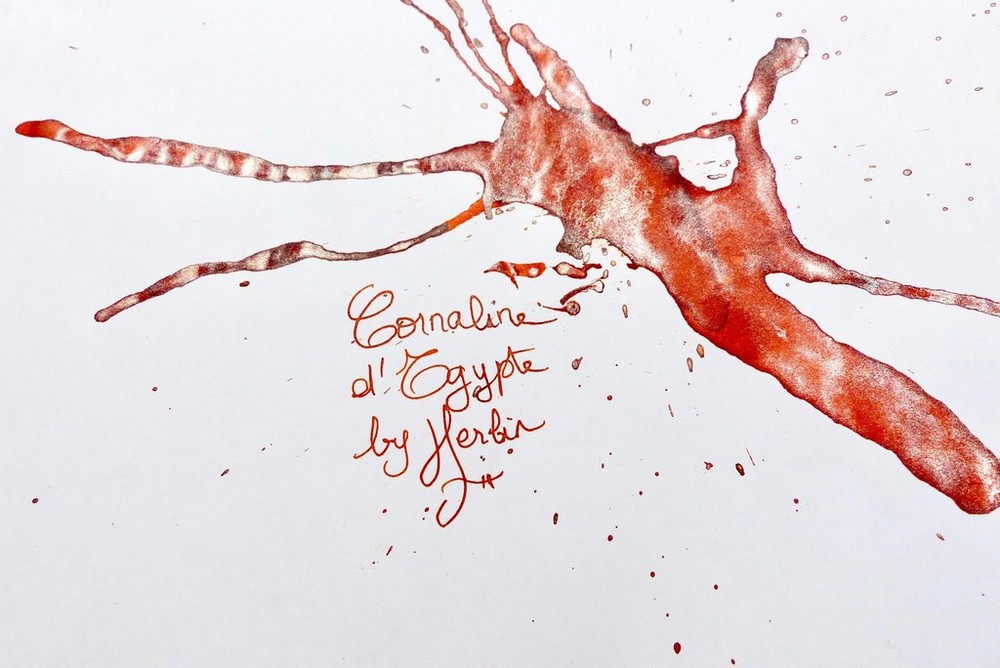 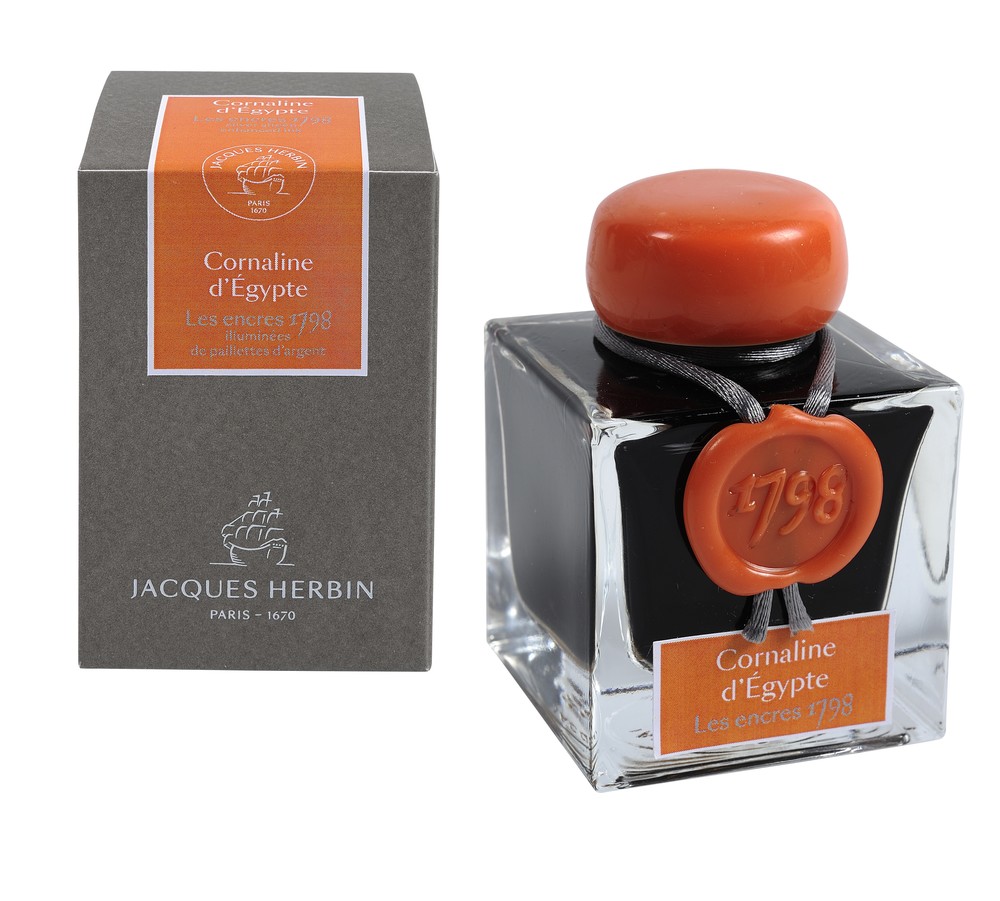 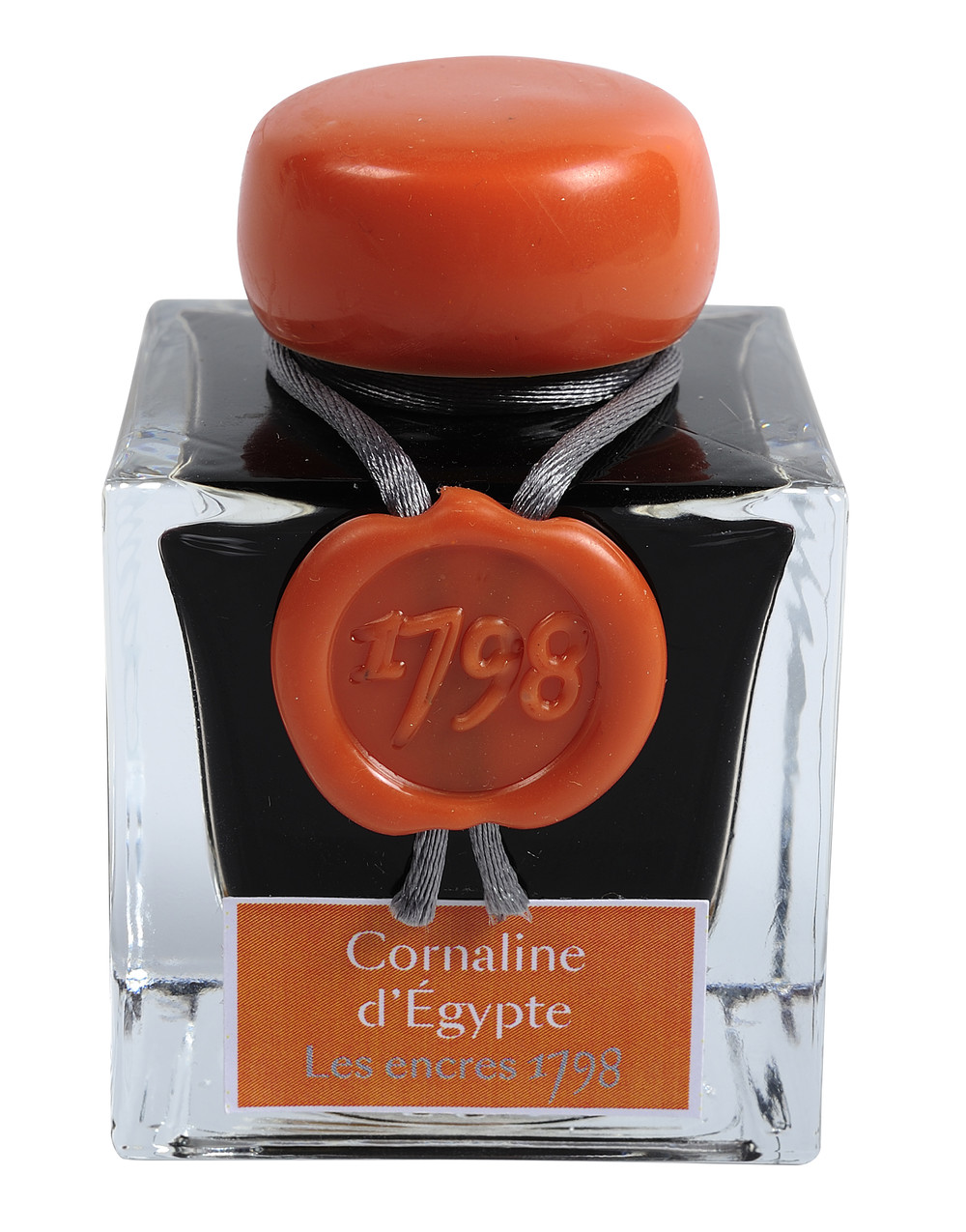 The ancient Egyptians considered carnelian to be one of the most calming and healing semi-precious gemstones. It was believed to elevate the mood, eliminate stress and was used as a symbol of life.

This gorgeous ink in the 1798 collection contains rich, orange/red pigments that have made the carnelian so beloved for thousands of years.

The addition of shimmering silver pigments gives this ink an elegant and refined depth and lustre.

1798 commemorates a significant year in J. Herbin's history. At this time, the French Revolution was ending, and the Herbin company, founded in 1670, was growing. In 1798 the company relocated to expand their production capabilities and the influence of their inks and sealing wax.

There are many similarities between the 1670 and 1798 collection. The two key differences are:

The ink of J. Herbin is special. The company was founded in 1670 and it is therefore one of the oldest manufacturers of inks and waxes in the world.
Loading...