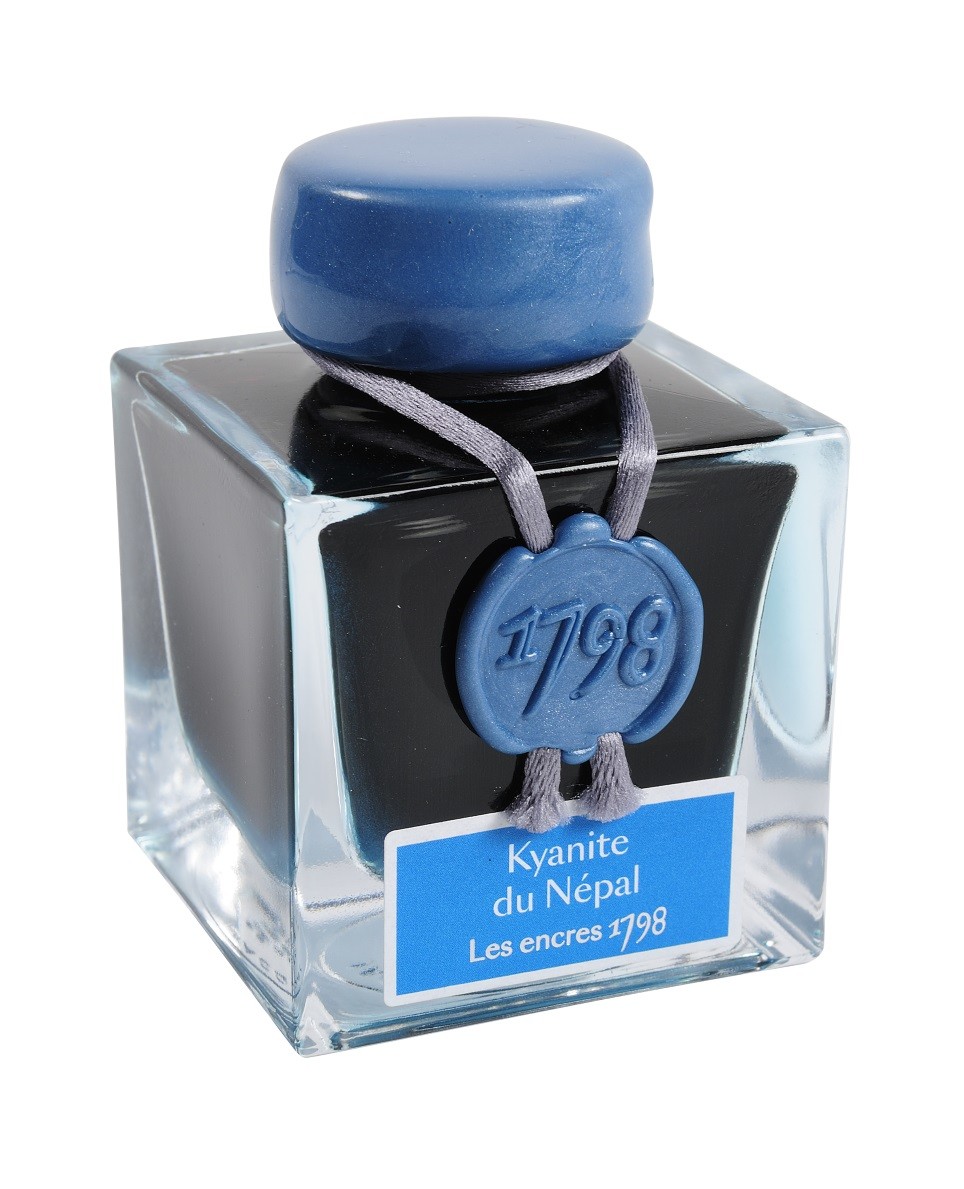 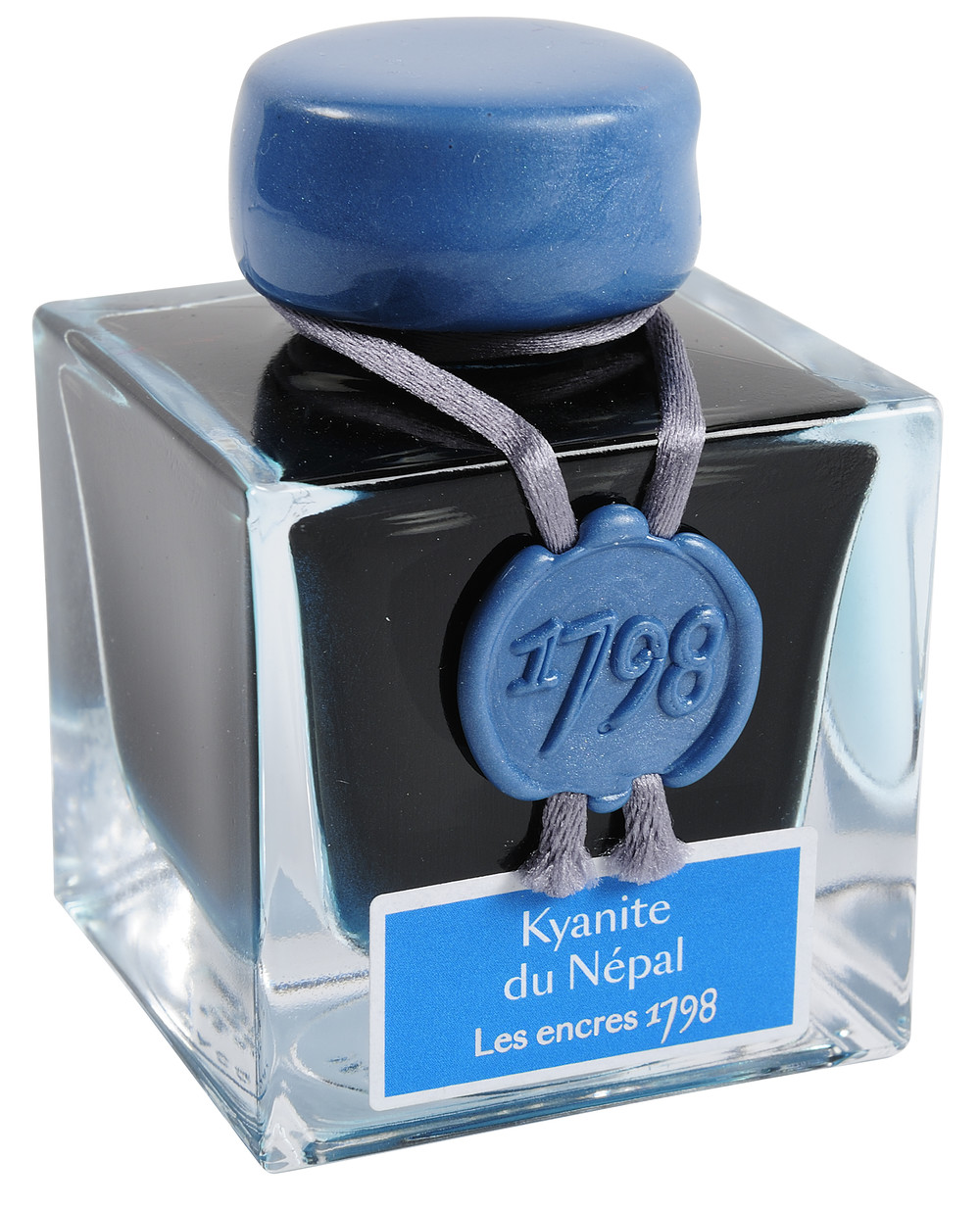 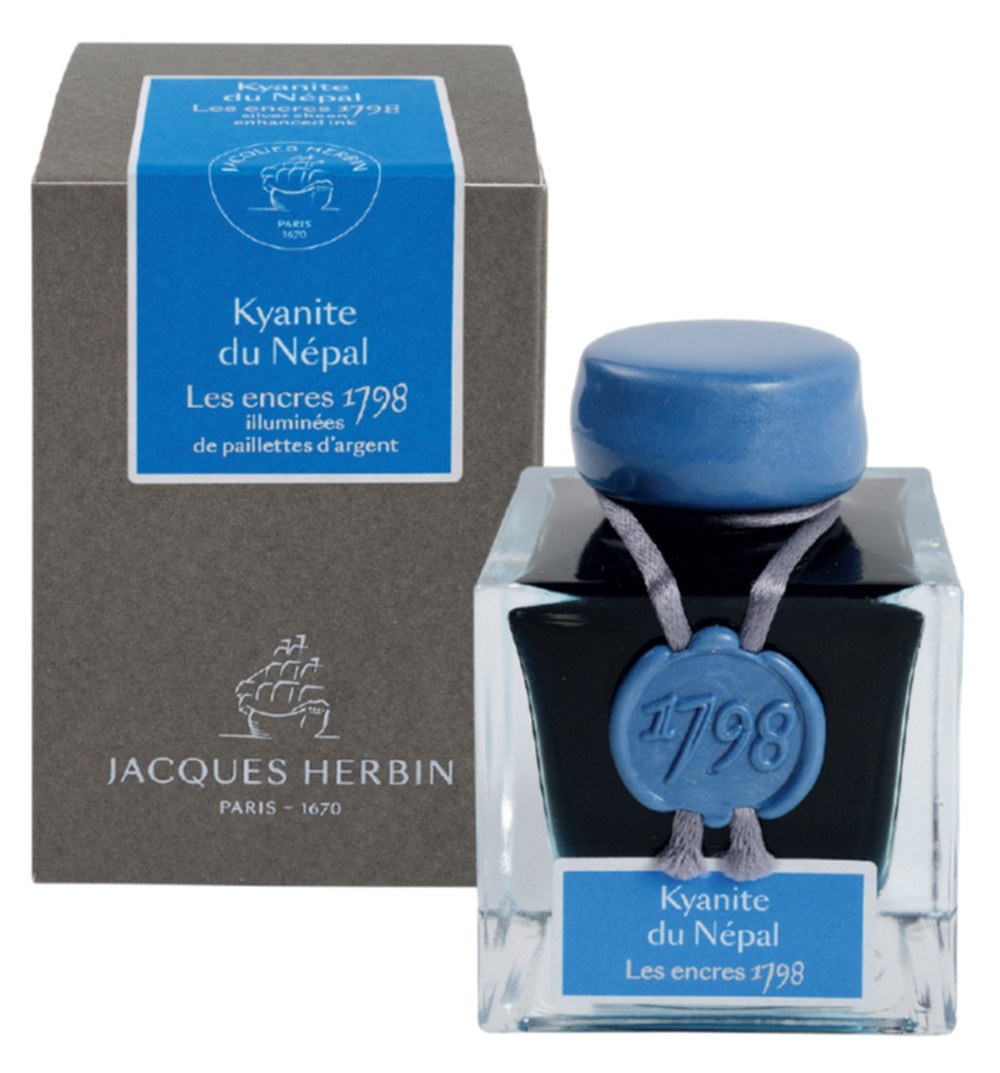 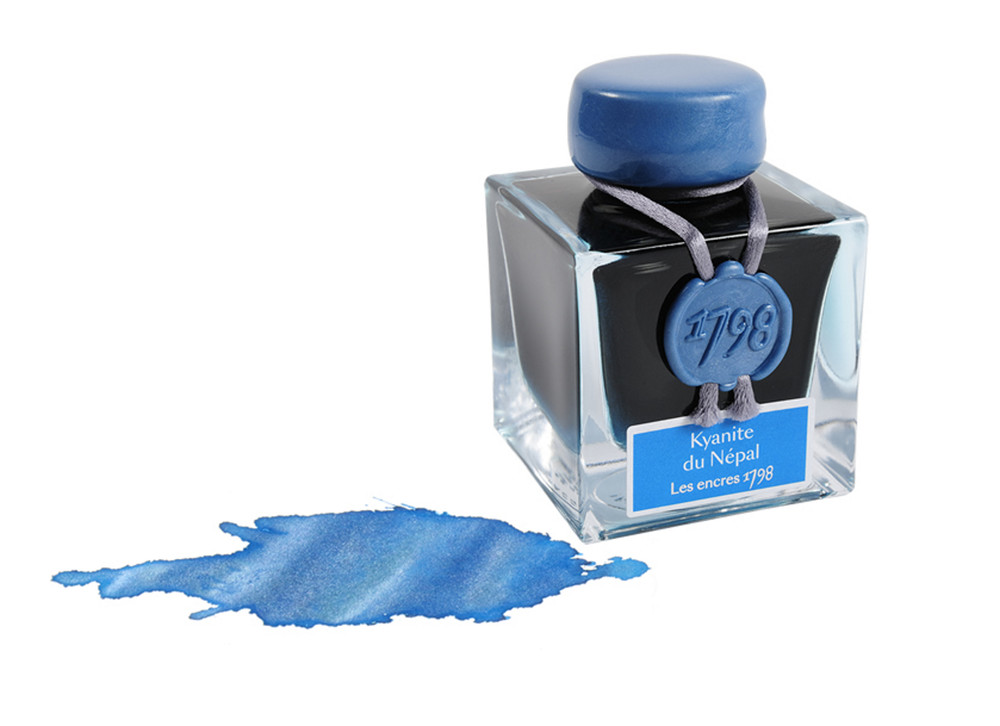 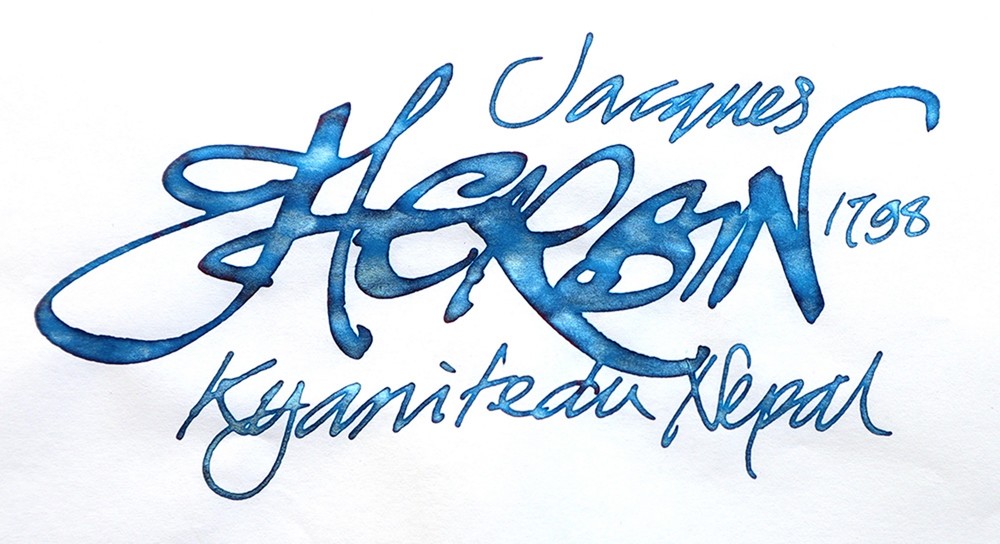 Kyanite is bright blue tending toward turquoise. The colour is magnified thanks to a cloud of silver glitter for a powerful and elegant effect.

Since the discovery of the famous mining region of Nepal, Kali Gandaki, Kyanite has been recognized as a noble mineral because of its similarities with the rich tones of sapphire.

The addition of shimmering silver pigments gives this ink an elegant and refined depth and lustre.

1798 commemorates a significant year in J. Herbin's history. At this time, the French Revolution was ending, and the Herbin company, founded in 1670, was growing. In 1798 the company relocated to expand their production capabilities and the influence of their inks and sealing wax.

There are many similarities between the 1670 and 1798 collection. The two key differences are:

The ink of J. Herbin is special. The company was founded in 1670 and it is therefore one of the oldest manufacturers of inks and waxes in the world.
Loading...